Why the Bank of England creates the UK housing crisis

Why you can't afford a house

After the 2008 housing bubble burst, the average house price started reverting to the long term mean just as it had done in prior booms and busts (as shown in the chart below). However, the Bank of England intervened with drastic measures to stop prices from falling and to inflate them back up to unaffordable levels. 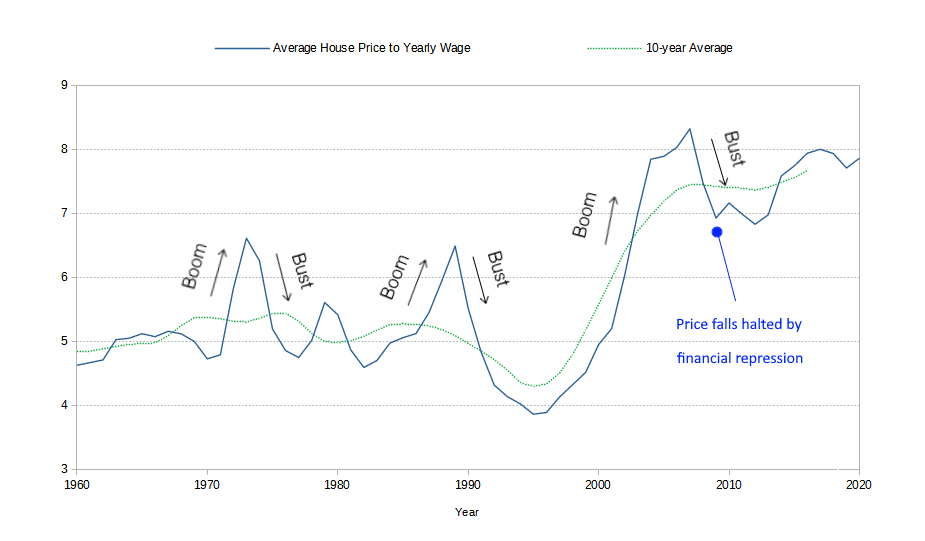 Average House Price to Average Wage, 1960 - 2020. Data from the Office for National Statistics and the Nationwide Building Society

So, rather than allowing house prices to revert to mean and putting in steps to never repeat the mistakes of the past, the Bank of England, instead, doubled down on its determination to make sure house prices are unaffordable to the average UK earner.

It does this through various help to buy schemes, capital gains tax exemptions for homeowners, stamp duty holidays, housing benefits (putting a floor under rental prices), grants for property owners, the 1961 land compensation act that transfers huge amounts of wealth from the taxpayer to the landowner encouraging land speculation and hoarding, and by perpetuating the myth that housing is an investment like a pension when in actuality decades of inflation in house prices is a manifestation of the Bank of England's boom and bust monetary policies that come at great cost and risk to the UK taxpayer.

The Bank of England and the UK government have made it clear to housebuilders that they have no intention of giving up inflating house prices and will continue at any cost, and have therefore given them the green-light to hoard land rather than build on it, known as land-banking.

The value of a house is not in the bricks and mortar but in the land the house sits on. When the Bank of England inflates house prices it is really inflating land prices. The green-light gives housebuilders an alternative way of making money by sitting on the land instead of building on it. Since the 1970s, house building has declined considerably to coincide with, and take advantage of, the land price inflation policies of the Bank of England. 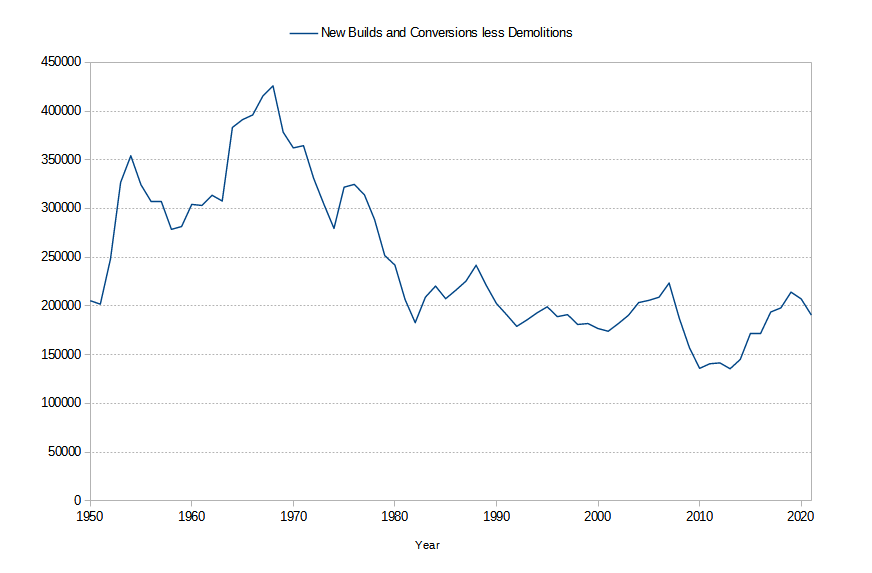 New Dwellings Completed, 1950 - 2020. Data from the Office for National Statistic.