How the Bank of England causes rising prices

Discover how the Bank of England causes prices to rise

When the Bank of England causes the money supply to expand without there being an increase in economic activity or an increase in demand for savings, the excess money ends up being used to bid up prices.

Sellers aren't the cause

Sellers of the goods produced want to maximise profits, but profits are constrained by the consumer who can bid with their feet, their internet browser or other means. The chart below shows that since 2016 producer prices have been rising at a greater rate than consumer prices. This means the producers of goods have not been able to pass on all the extra costs they have incurred — due to having to pay more to procure resources — on to the consumer. 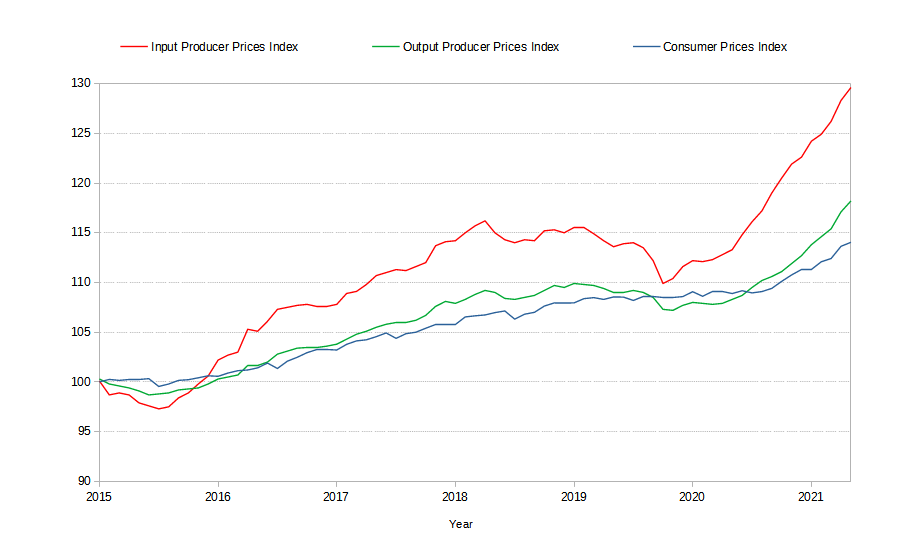 Rising consumer prices are the effect

Eventually the rising cost of producing goods and services has to be passed on to the consumer otherwise the retailer, wholesaler or producer will go out of business. Consumers can stop buying some consumables, cut back on others like food, shelter and energy, and maybe substitute some items for lower-quality, lower-priced ones — often referred to as being squeezed, but history shows the consumer will eventually demand higher wages to pay the higher prices and try to restore their standard of living.