Andrew Baily warns of inflation rising to 5%. That is, after royally misleading the markets and trashing sterling. His handy work can be seen in the chart below where sterling is shown against the US dollar. 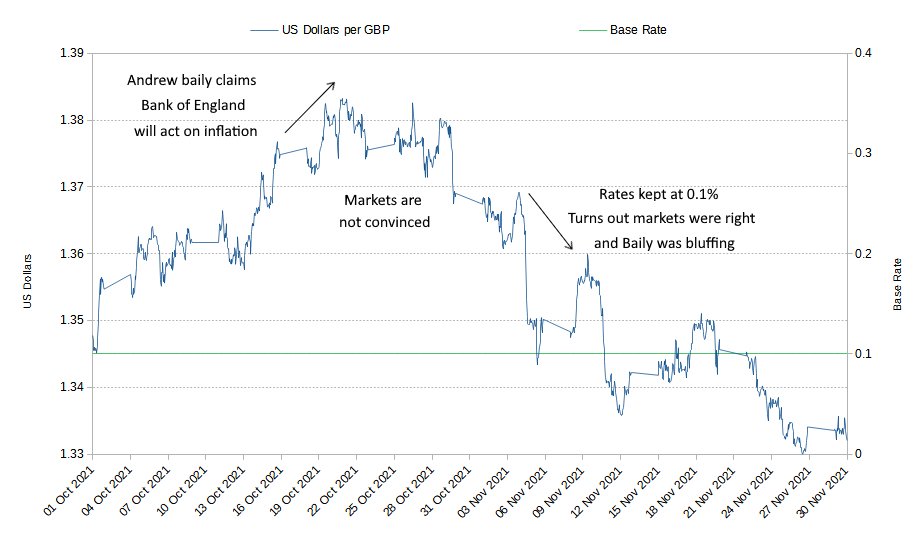 Sterling against the US dollar October - November 2021. Data from Yahoo Finance.

Sterling moved higher earlier in October on the belief that the Bank of England would raise interest rates to tackle the inflation it created. However, prior to the Monetary Policy Committee (MPC) meeting on the 04th November, sterling failed to remain elevated as markets were not convinced that the Bank of England would ever try to reign in inflation, and they were right.

Sterling dropped sharply after a rate rise failed to materialise, and continued to fall, adding to the inflation pain inflicted on the good people of the United Kingdom by the Bank of England.